We flew into Melbourne with no expectations. It’s always a weird feeling – going to a place you’ve never been before, with no idea of anything. That’s how we felt when we got off the plane in Melbourne. Nothing was familiar. But it’s a thrill.

There are two Melbourne airports – one in the actual city and one that’s, well, in the middle of nowhere. We flew into the latter, and we quickly learned why the flights there were cheaper. It’s quite far from the actual city (about 40 minutes), and believe me, a 40 minute cab ride ain’t cheap, even between five people.

Our cab driver was an older man named Freddy, a native of Cyprus. He was one to talk, and by the end of the ride we knew his entire life story. “I first came to Australia to find work,” he said in a thick accent. “It’s been thirty years and I’m still here.”

We checked into the hostel around 4 PM on Friday and then proceeded to walk around the city, where we eventually grabbed dinner at an Asian restaurant. At night we checked out some pubs while taking in the vibrant Melbourne nightlife.

Saturday morning we woke up early to catch the Great Ocean Road tour we had signed up for. Peter, our tourguide, picked us up at 7:15 AM, and then proceeded to drive the five of us and about 15 others down the coast of Australia.

Words don’t do the tour justice, so here are some pictures: 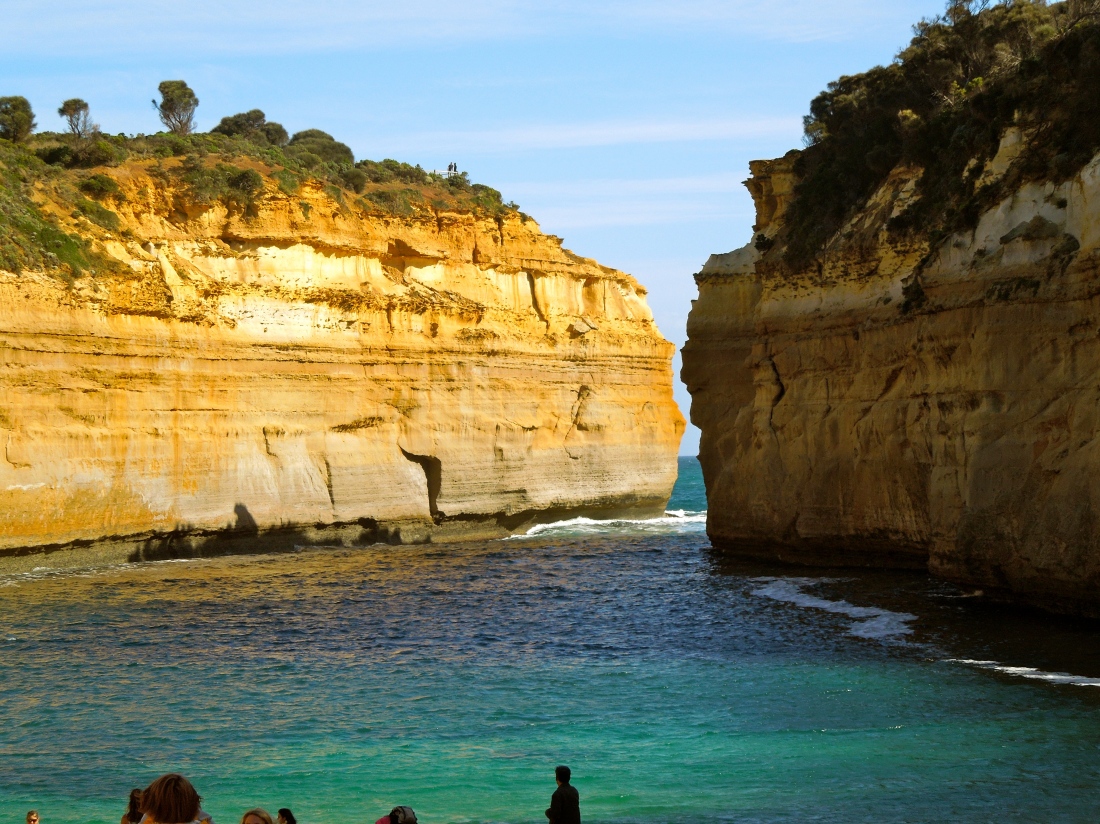 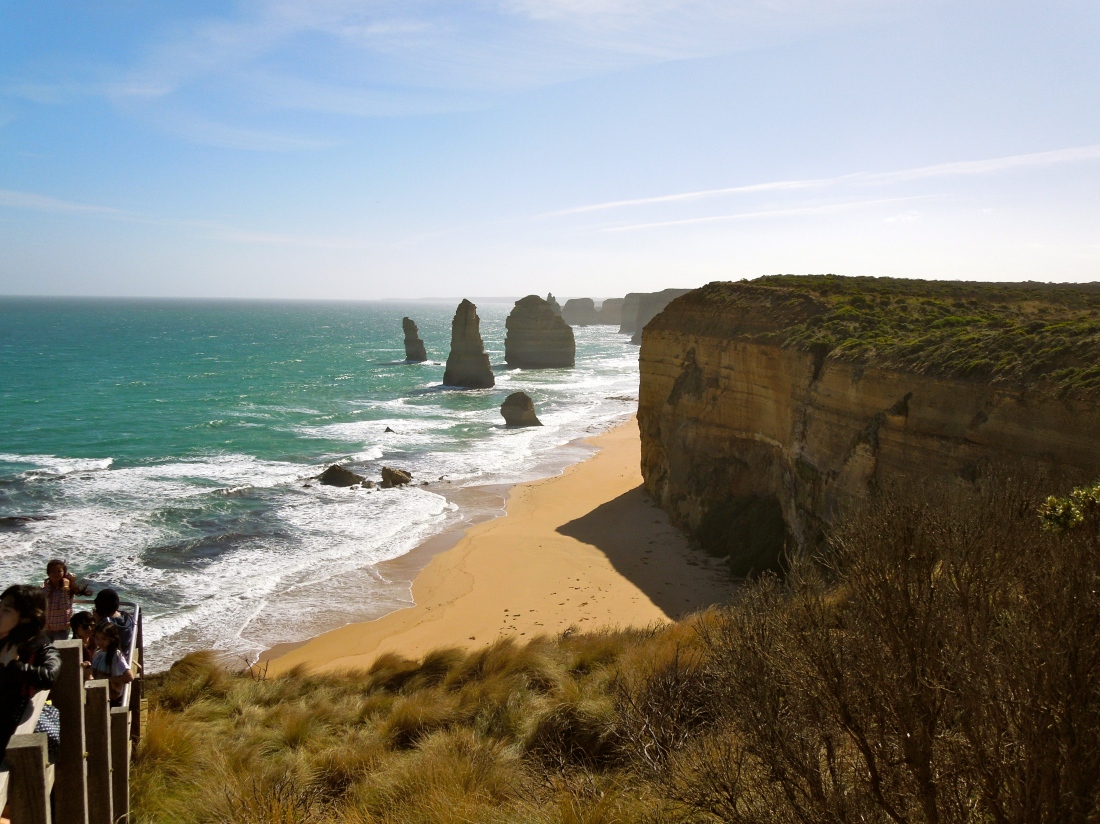 We did over 500 kilometres of driving and visited some of the most beautiful places in the world. My favorite site was probably the Twelve Apostles, which you can see in the fourth picture. Those big stacks of limestone are actually fossils that have been pressed together by the waves over millions of years.

We covered some serious ground on the trip: we visited Apollo Bay, Loch Ard Gorge (seen in the third picture, it’s the shipwreck capital of the world), the Maits Rest Rainforest Trail (the rainforest is only fifteen minutes from Apollo Bay, but it averages three times more annual rainfall), and London Bridge (seen in the fifth picture). At one point out tour guide spoke over the bus, “You are at the southern-most point in Australia. Other than some parts of South America and New Zealand, you are as close to Antarctica as you can get.”

We saw some amazing wildlife. There were kangaroos, a koala bear, and parrots. Lots and lots of parrots. On one of the stops, our tour guide gave us some bird seed and told us to go crazy. Little did we know that there were dozens of parrots waiting to pounce on our heads and our shoulders. Once they calmed down, they ate like kings. Here’s a picture of me feeding a wild parrot:

It was a full day, to say the least. We got back to the hostel around 9:00 PM, and I fell asleep right away.

On Sunday we walked around the Queen Victoria Market (about two minutes from the hostel), and I did my best to act European by ordering a banana crepe and a macchiato. Then I returned to my Australian roots and bought a boomerang.

Later in the day we took the tram down to St. Kilda beach, where we saw the most beautiful of sunsets.

There was a penguin too:

Sunday night we ate by the beach and I ordered this dessert called chocolate kooglehoupf. The sign on the door said it would be the best thing we would ever taste. It was definitely one of the better desserts I’ve had down here, but no, I can’t say it was the best thing I’ve ever tasted. But I do like saying kooglehoupf.

We had a lot of time to kill, so we stayed at St. Kilda for awhile and then took a shuttle back to the airport. Our flight was at 6:10 AM, and we were back in Sydney by 7:30, which gave me plenty of time to catch my 12 o’clock class.

All in all, it was a great trip, and I’m glad I was finally able to do some traveling.