I haven’t made a list in awhile – so, here’s one of my top 5 favorite childhood video games. Because, why not.

The first game I ever bought for my old Nintendo 64 was All Star Baseball 2000. And, in addition to the internet, the game taught me a lot about baseball when I was just becoming a fan. My favorite feature was probably the ‘create a player’ one. I would spend hours creating my own team, playing a full season, making trades, and signing free agents. Some of the games were just ridiculous – I remember one where I scored 200 runs.

*That intro video contained like, 100 guys connected to steroids.

All Star Baseball was primarily a one-player game, but Mario Party was the ultimate game to play with friends back in the day. These friendships were often tested, thanks to the the end-of-round challenges and survival-of-the-fittest mentality that was necessary for victory (there was an impressive amount of game theory involved – which, as a 10-year old, was difficult to process). But, no matter how well you played, it was inevitable that Bowser would rear his ugly head and take all of your coins. I’d say the game was about 10% skill and 90% luck, but it was always a fun way to spend a few hours on the weekends. 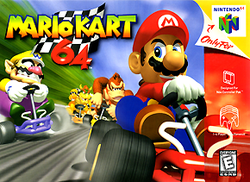 Mario Kart was another N64 classic that still holds up very well. I don’t want to brag, but in my senior year of high school there was a pretty significant Mario Kart tournament that I, ahem, won.

Mario Kart was also one of those games that tested friendships – because, you couldn’t win the game unless you hit your opponents with turtle shells and blew them off the course with bombs. It was ruthless.

And then there was the range of emotions that each round would cause – the ultimate elation of making the shortcut in Koopa Troopa Beach, coupled with the sheer despair of driving into the lava in Bowser’s Castle. The games were, and continue to be, mentally taxing.

Ah yes, the original Pokemon games. I spent many hours in third grade on my green gameboy pocket trying to beat Red and Blue. I still remember the thrill of beating the Elite 4 for the first time. I remain steadfast in my belief that Venasaur was the best Pokemon to choose at the beginning*. In junior year of high school, our entire grade inexplicably starting playing the game again, and it was awesome. It was a renaissance of great proportions. It actually caused our high school to ban gameboys, a practice not seen since the 1990’s.

*In the Pokemon community, this remains an unconventional stance. But it worked for me. 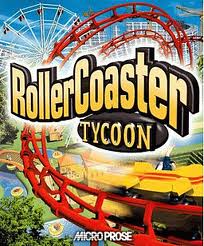 Everything I learned about business came from playing Rollercoaster Tycoon. Some of the biggest highs I had as a kid came from beating the different scenarios, which got harder as the game went on. There was Evergreen Gardens and Ivory Towers and Rainbow Valley and Butterfly Dam. The business part (setting the prices, buying land, distributing income) coupled with the ride-building and park design made for a perfect combination that my budding mind loved.

And then of course, there were the customer service issues. The unhappy guests and vomiting patrons would make life difficult. In real life, you would respond by fixing the issues, giving discounts, or something like that. But I (and the rest of the Rollercoaster Tycoon community) took an easier route – drowning the guests in water, followed by the inevitable notification: Guest 723 is dead.  I killed many guests in my day – both by drowning them and by crashing roller coasters.