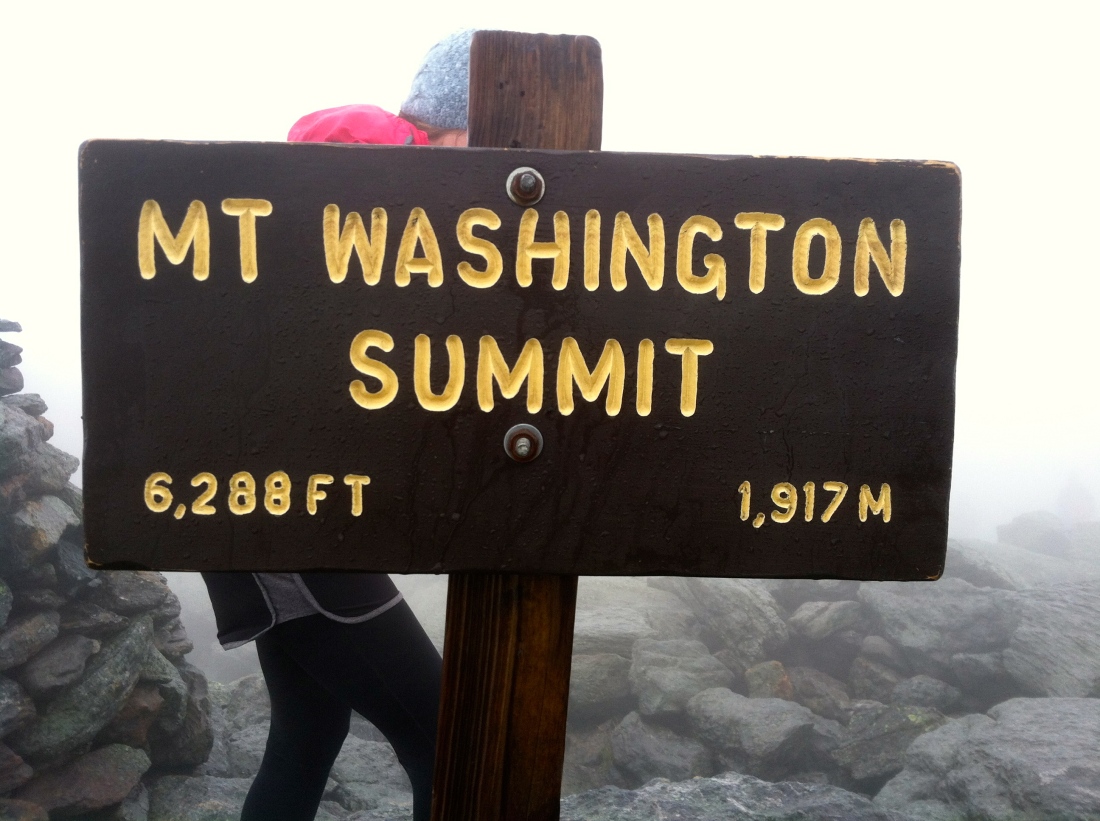 Last weekend, some friends and I rented a house in New Hampshire and hiked Mt. Washington. It is the highest peak in the Northeastern United States at 6,288 feet – and, according to Wikipedia, the most prominent mountain east of the Mississippi River.

Here are some facts about the mountain:

The highest wind velocity ever recorded at any surface weather station (231 mph) was logged here on April 12, 1934.

137 fatalities have occurred since 1849. No surprise: Most are due to hypothermia–and not only in winter.

It’s long, dangerous, not particularly scenic (at least not more so than any other Presidential), the weather is always a factor, and most of all, anyone can drive to the summit so you never gain the peaceful feeling of hiking a summit and looking out over the White Mountains.

There may be worse weather, from time to time, at some forbidding place on Planet Earth, but it has yet to be reliably recorded.

Well, OF COURSE I wanted to do the hike. Who wouldn’t?

We started at Pinkham Notch base camp, about 2,000 feet above sea level. We hiked Tuckerman’s Ravine, the hardest but also the most direct route. We were on the trail at 6:30am and reached the top in under four hours. We ascended over 1,000 feet per hour and had no stragglers. All in all, it was a great success.

Except for the fact that it was one of the most difficult things I have ever done in my life. Gusts near the top averaged 50-60 mph. Some gusts were even more powerful than that. You can see why 137 people have died. I’m surprised the number isn’t higher.

As you ascend up the mountain, the trees get shorter and shorter until you’re finally exposed. And eventually, there are no more trees, no more grass, and it’s just rocks. Lots and lots of rocks. For the last 1,000 feet or so, you are rock climbing. The winds were howling. And I just kept thinking about the lyrics to All Along the Watchtower because of course I did.

There must be some kind of way out of here
Said the joker to the thief
There’s too much confusion, I can’t get no relief.

Outside in the cold distance
A wild cat did growl
Two riders were approaching
And the wind began to howl, hey.

And then there’s the FOG. I’m not sure if you can even classify it as fog because you are literally in the clouds. Anyway, the fog made visibility low, and the wind didn’t help, and it wasn’t exactly raining but there was still condensation everywhere. Wet rocks make for a tricky climb. And yet we all pushed through. It’s interesting how your body responds in that environment – I kinda went into a hyper-focused state, like I was in survival mode. My instincts took over. And, yeah, your body has a natural instinct to not die.

Going down was even harder than going up. You use totally different muscles. And, it’s much easier to slip on the rocks.

I was really sore the next day. And, for some reason, I was even more sore the day after that. I’m still sore, actually. The hike cracked my top 5 sorest events:

You know, I’m starting to realize that I’m a bit of a risk taker. Like, I never expected to go bungy jumping, or run a marathon, or live in Australia, or white water raft, or hike Mt. Washington, but I’ve done those things and they have been awesome and I have been able to share those experiences with really cool people. I guess I just enjoy the ever present game of doing stuff.

I’m starting to realize that I value experiences over things. I think that’s a good thing. I hope it is. As long as I don’t die.

Here are some pictures and videos of the hike: 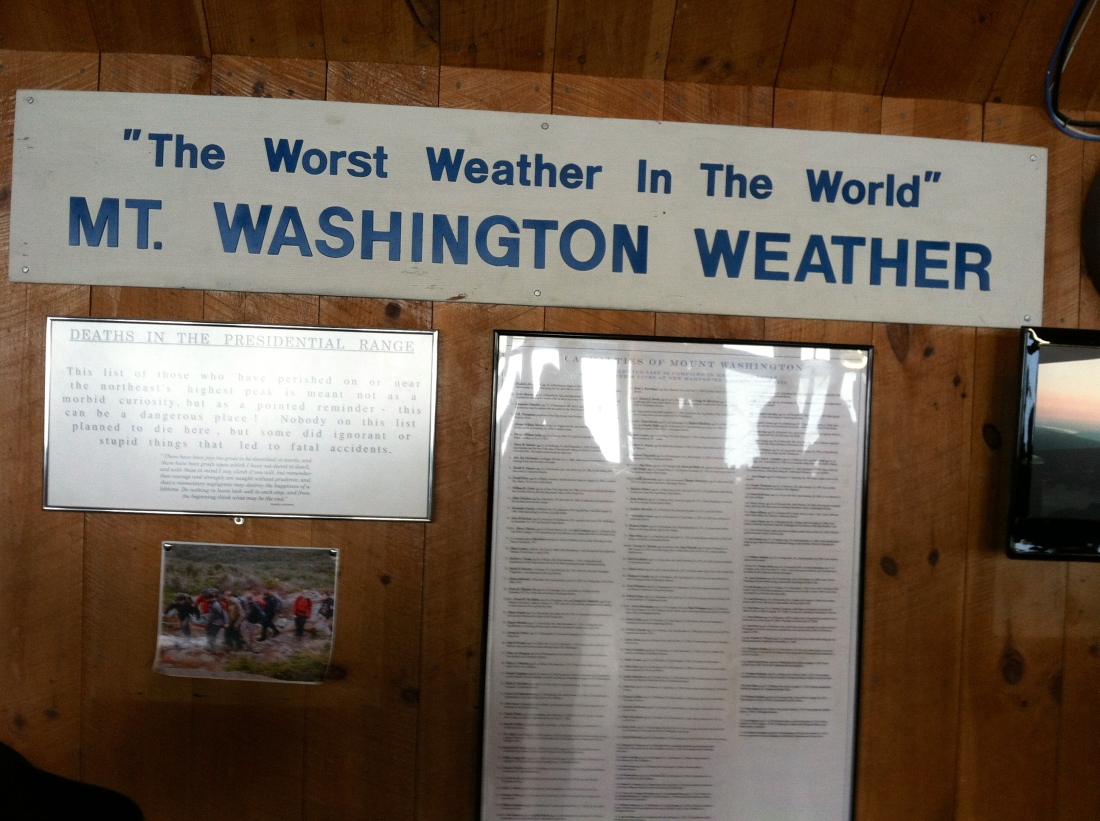