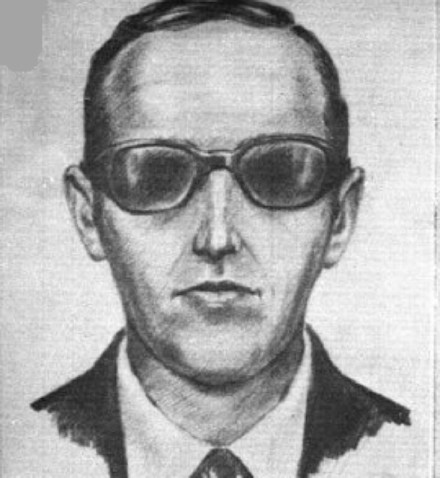 A few weeks ago I started listening to the podcast Mystery Show. I don’t normally listen to podcasts – I listened to Serial last year, and that’s it – but I saw a tweet about it, and I was about to get on a seven hour plane ride, so I gave it a try.

Mystery Show is hosted by the excellent Starlee Kine, whose work has been featured on This American Life and other public radio affiliates. The premise of the show: talk to friends, find an unsolved mystery from their lives, and solve it. We all have at least one unsolved mystery floating around.*

*Mine: Whatever happened to Mr. Kaiser, one of my fourth grade teachers who left one day and never came back?

The one, and only, caveat: the mystery can’t be solved by using the internet. And so you get episodes like these:

Episode 1: 10 years ago, Laura became a member at a video store, rented a video, and attempted to return said video the next day, only to discover the store was completely gone. Where did the store go?

Episode 2: Andrea is a writer who no one reads. Then one day she sees a picture of Britney Spears holding her book. How did Britney get a copy of my book?

Episode 3: A young boy finds a belt buckle on the side of the street. Whose belt buckle is this?

Episode 4: Starlee and her friend get stopped at a red light. The license plate next to them says ‘I love 9 11.’ What type of person has a license plate that says I love 9 11?

Episode 5: How tall is Jake Gyllenhaal? No one agrees.

Episode 6: Jonathan has lunch in a cafeteria, where he notices a Welcome Back, Kotter lunch box with a scene he does not remember from the show.

I was thoroughly fascinated with every episode. I highly recommend giving Mystery Show a listen.

But that’s not what I’m here to tell you about. I’m here to talk about my favorite unsolved mystery, the mystery of DB Cooper. Maybe you’ve heard this story, maybe you haven’t, but I find myself thinking about this every few weeks because it’s one of the craziest things that’s ever happened on Planet Earth.

On November 21, 1971, an unidentified man hijacked a Boeing 727 aircraft in the airspace between Portland and Seattle. He demanded $200,000 and a parachute. His demands were met, he jumped out of the plane with the parachute, and no one knows what happened to him, despite an extensive manhunt and FBI investigation. It remains the only unsolved air piracy case in American aviation history.

Got it? Good. Let us travel down the rabbit hole…

This all started on Thanksgiving Eve, when a man carrying a black case purchased a one-way ticket at Portland International Airport. He identified himself as Dan Cooper. He wore a black lightweight raincoat, loafers, a dark suit, a neatly pressed white collared shirt, and a black necktie. He boarded the plane, lit a cigarette, and ordered a bourbon and soda. A classic 1971 move.

Shortly after takeoff, Cooper passed a note to one of the flight attendants. She assumed the note contained a lonely businessman’s phone number, so she dropped it unopened into her purse. Cooper leaned toward her and quietly said, “Miss, you’d better look at that note. I have a bomb.”

Startled, the attendant opened the note. It read:

I have a bomb in my briefcase. I will use it if necessary. I want you to sit next to me. You are being hijacked.

The attendant did as requested, then asked to see the bomb. Cooper cracked open his briefcase long enough for her to glimpse eight red cylinders attached to wires coated with red insulation, and a large cylindrical battery. After closing the briefcase, Cooper dictated his demands:

$200,000 in American currency, four parachutes, and a fuel truck standing by in Seattle to refuel the aircraft upon arrival.

The attendant conveyed Cooper’s instructions to the cockpit. When she returned, Cooper was wearing dark sunglasses.

After receiving word of the situation, the pilot contacted Seattle-Tacoma Airport traffic control, which then informed local and federal authorities. The other passengers were informed that their arrival in Seattle would be delayed because of a “minor mechanical difficulty.”

On the ground, the airline’s president authorized the $200,000 payment and ordered all employees to cooperate fully with Cooper. The aircraft circled Seattle for two hours so that the police and FBI had time to assemble the parachutes and ransom money. The FBI also took a microfilm photograph of each of the 10,000 20-dollar bills.

Meanwhile, Cooper spoke calmly and ordered a second bourbon and soda. He paid for the drink and insisted the attendant keep the change.

Cooper was informed that his demands had been met. The plane landed fifteen minutes later. Cooper instructed the captain to taxi the jet to an isolated, brightly lit section of the tarmac and extinguish lights in the cabin to deter police snipers. One of the airline’s operation managers then delivered the cash-filled knapsack and parachutes. Once the delivery was completed, Cooper permitted all passengers and flight attendants to leave the plane.

While the plane was being refueled, Cooper outlined his flight plan to the cockpit crew: a southeast course toward Mexico City at the minimum airspeed possible without stalling the aircraft – about 120mph at a maximum altitude of 10,000 feet. He further specified that the landing gear remain deployed in the takeoff/landing position, the wing flaps be lowered 15 degrees, and the cabin remain unpressurized.

Back in the air they went. 10,000 feet, 120 mph. Cooper tied the parachute around his waist, opened the plane’s aft door, and jumped, knapsack in hand. No one knows what happened to him.

The FBI got to work right away. They were able to recover 66 unidentified latent fingerprints aboard the aircraft, along with Cooper’s black necktie. They interviewed eyewitnesses in Portland and Seattle and all those who had personally interacted with Cooper. A series of composite sketches was developed.

Local police and FBI agents began to question possible suspects. One of them was a man named DB Cooper, contacted by Portland police on the off-chance that the hijacker had used his real name. His involvement was quickly ruled out, but an inexperienced wire service reporter confused the eliminated suspect’s name with the pseudonym used by the hijacker. The mistake was picked up and repeated by other media sources, and that’s where we get the name DB Cooper.

The FBI attempted a ground-level search in the suspected area where Cooper could have landed, but there were too many variables – wind speed, how long he remained in free fall before pulling his rip cord, and whether he in fact survived the jump at all. They tried to re-create the jump using the same aircraft in the same flight configuration, by pushing a 200-point sled out of the open airstair. This led search teams to a landing zone near Mount St. Helens. Agents and deputies went door-to-door, patrol boats ran across the surrounding lakes, but no trace of Cooper was found.

It was the most extensive search operation in US history.

In 1980, an eight year old boy was vacationing with his family on the Columbia River, about nine miles downstream from Vancouver, Washington. The boy uncovered three packets of the ransom cash, significantly disintegrated but still bundled in rubber bands. FBI agents confirmed that the money was indeed a portion of the ransom.

The discovery ultimately raised more questions than it answered. There were ten bills missing from one packet. There was no logical reason why the three packets would have remained together after separating from the rest of the money. Some believe that the money had been buried by a wild animal. Some thought that Cooper, knowing he could never spend the money, buried it there. No one knows. To date, none of the 9,710 remaining bills has turned up anywhere in the world.

Since 1971, the FBI has processed over a thousand “serious suspects,” but they have almost all been ruled out. The agency maintains an active case file, which has grown to more than 60 volumes, and continues to solicit creative ideas from the public. “Maybe a hydrologist can use the latest technology to trace the ransom money found in 1980 to where Cooper landed upstream,” suggested Special Agent Larry Carr, leader of the investigation team since 2006. “Or maybe someone just remembers that odd uncle.”

*Sources: Mostly Wikipedia and my own innate psychosis

One thought on “My favorite unsolved mystery”