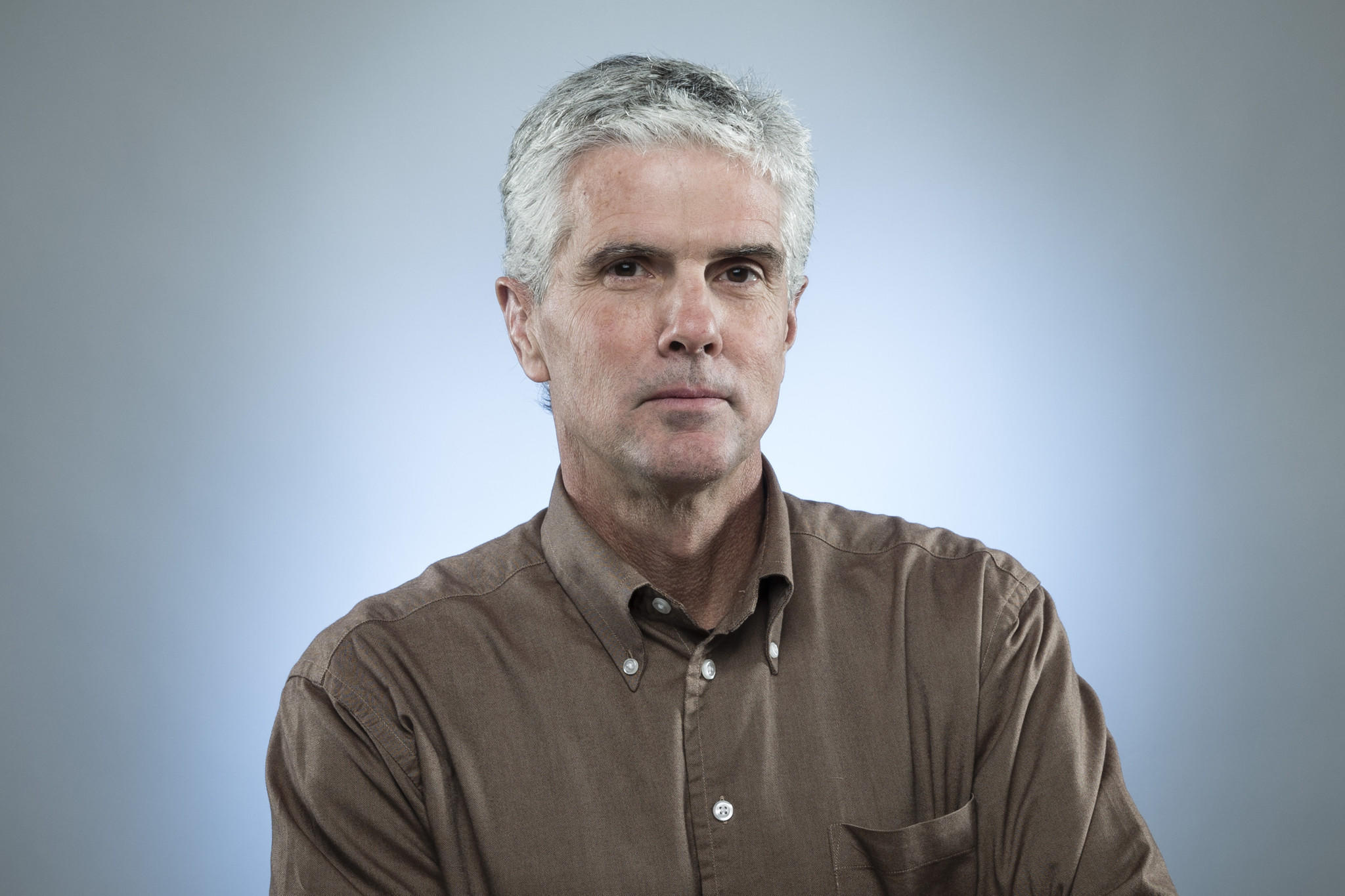 Every now and then, I will Google myself, just to make sure everything’s OK in case IMPORTANT PEOPLE need to Google me. And whenever I google my name, I tend to check out the other Jeffrey Fleishman’s. What are my fellow brethren doing with their lives? As it turns out, there are quite a few of us. One is a writer. One owns his own business. One plays the french horn. One drives a truck. One is a rabbi.

Today’s guest is one of those Jeffrey Fleishman’s. He is an award winning author and columnist for the Los Angeles Times. A longtime foreign correspondent, he covered the Iraq War and served as bureau chief in Cairo and Berlin. He was a Pulitzer Prize finalist in feature writing, and he was a finalist for the Goldsmith Prize for Investigative Reporting. He is also the author of two novels.

Jeff, I’m going to start by asking: what are your overall thoughts on the name Jeff Fleishman?

Well, I’ve had it since birth, and I’ve gotten used to it.  It seems strange, but I’ve always felt like a Jeff Fleishman. I never felt like I needed to replace my first name. I don’t have any identity issues with it. I suppose that’s probably healthy.

I don’t know if the Jeff and the Fleishman actually go together. It’s an interesting combination, a cultural coming-together.

How often do you Google yourself?

Not much, only if I’m looking for a news story that I can’t find in a file somewhere. Are there a lot of us out there?

There are a few of us. One drives a truck. One owns his own business.

Did you have any name-related nicknames growing up? Mine were Fleish, The Oleo Kid, Jeffe, and Beef.

Yeah, people called me Fleish sometimes. I’m sure the same is true for you, but I also got a lot of mispronounciations like ‘Fleeshman.’ And lot of people would write the I before the E, or put a C in it, or add an extra N at the end.

OK, let’s get serious. You were a war correspondent in Iraq. In a recent column, you wrote:

During the 2003 U.S.-led invasion of Iraq, I was traveling with my fixer on territory held by Al Qaeda-linked militants. American bombs rumbled down from the sky as hundreds of villagers fled their homes in a caravan of cars, trucks and tractors. Moments after we interviewed a few of them, a suicide bomber exploded and bodies were scattered amid flame and smoke.

Whoa. How did you become a war correspondent?

I always wanted to write since I was really small. And my dad was in the navy, and he would go away for a long time, so I was always curious about what the world was like. As I got older, I really got the travel bug. Back then, newspapers were big and fat and rich, so I joined newspapers with the intention of going overseas and becoming a foreign correspondent. And that often rolled into war reporting.

It was very early in the war – the scene you described was during the invasion. Actually, before the war started, I was based in Berlin. In late December 2002, I went into Iran with the intention of crossing the mountains into Iraq to wait for when war came, or when it didn’t. I crossed there on New Year’s Day. And then I was basically living in the mountains in Northern Iraq in a town called Sulaymaniyah. Then the war came, and I started doing reporting in the north.

Your fixer once said to you, “Let me see your passport. I want to see what escape looks like.” I imagine that sticks with you.

Not only is it an escape, but it’s an escape to this place that they had heard about for so long. In that area, America means so many different things to people – it could be blonde girls in California, or New York City – so there’s just this huge mysticism around America. A lot of people attach human rights to it, and they think America is the good force in the world. I think that still exists to some extent, but it’s been modified over time.

You’re in Iraq, or Afghanistan, in the trenches of war. You see death and destruction and utter chaos. The world is literally burning around you. How do you even attempt to deal with that?

For me, when you’re in situations like that, a sort of primal instinct kicks in. It’s about survival. All of the senses are heightened – smell, sight, everything. When you’re war reporting, you don’t always have time to stop and write because everything is in flux all the time. But you train yourself to take it in, and then when you get to a place where it’s relatively calm, you adjust.

Once you’re there, I think war reporting on the ground is easier because the drama is right in front of you. You don’t have to dress it up, you don’t have to reach for it. The challenge is to parse it and keep it simple and not over-dramatize it.

What is the most intense scene you’ve witnessed?

Iraq in the early days was bad. You had waves of suicide bombers, you had the insurgency, then you had Al Qaeda, and kidnappers, just a whirl of violence. Explosions constantly. It was always a tense time going into Iraq. Libya was crazy too because you had a bunch of people who were just running around and looting and firing big Kalashnikov’s and 50 caliber rifles and trucks – it was like farcical and dangerous at the same time.

But probably the most intense thing I did was in the mid-90s. We accompanied Buddhist monks and nuns over the Himalayas into Nepal and then into India. They were escaping Chinese soldiers. We spent a good portion of the trek crossing the mountains and getting up to these really high altitudes, while trying to dodge Chinese soldiers. It wasn’t war, but between the environment and the harsh conditions – and also the beauty – it was magical and spooky.

I don’t want to come across as insensitive here, but you’ve seen some shit. Have you ever had symptoms of PTSD?

Some of the people I worked with had mild cases of PTSD. Thankfully, I don’t sense anything welling up inside of me. But it’s interesting you ask that, because I’m just finishing up my third novel, and it’s about an Iraqi veteran who did four or five tours, and he’s coping with something called ‘moral injury.’ It’s this thing where the ethical and moral boundaries of your inner gyroscope have been screwed up. You don’t really have trauma, or flashbacks, but you can’t get over what you did or saw. It’s more of a psychological and emotional term, as opposed to the standard post-traumatic stress.

Oof. Ok. Can you tell me a funny or happy story from your travels?

No matter how weird things got, there were always intense moments that would turn into laughter. When you’re in those situations, and then things loosen up, the humor comes pretty quickly. Your body wants to change. Your mind wants a new landscape.

One of the funnier stories: Pope John Paul II was holding a mass in Beirut. My fixer (translator) and I stood to watch as his signature white car approached. We pushed through the crowd toward the car. The Pope passed us, and then my fixer turned to me and yelled: The pope has run over my foot.

One time I was interviewing some guy, and he was talking passionately in another language that I didn’t understand, with words and adjectives flying all over the place. And then I asked my translator what he said, and he looked at me and said: War is bad.

Your first book was called Promised Virgins: A Novel of Jihad. An Amazon reviewer called it an ‘iffy’ title, which I would agree with. It’s about a journalist in Kosovo who hears about a mysterious bearded foreigner, bearing weapons and money and preaching Holy War. Heavy stuff. Why did you decide to write about this?

I wrote the book after the Kosovo War while I was covering the Iraq War. As much freedom as you have in narrative newspaper writing, there were still some things you couldn’t get to. The novel gave me the freedom to express different things that I couldn’t do in journalism.

I had originally titled it Promised Virgins. It wasn’t a novel of Jihad. And then there was some debate in the publishing house about it. They said if it was just Promised Virgins, it might sound like the Virgin Suicides, and they wanted to make a distinction. And the other thing was that Jihad means war, but it also means personal struggle.

Every week or so, you write a column in the LA Times. In the last two months, you’ve written about a bunch of wide-ranging topics: Hollywood’s threat to boycott production in Georgia over proposed anti-gay legislation, Tina Fey in Whiskey Tango Foxtrot, an anti-NRA film, and the Sunnylands retreat of late billionaire Walter H. Annenberg. How do you choose your stories?

I try to pick the stories based on my interests. Now that I’m doing more arts and cultural stuff, I try to write about things that still matter to society at large. I did a story about prescription drug abuse, one about the legalization of marijuana, plus all of the one’s you mentioned. Right now I’m working on a piece about anger in America, and how art is or is not speaking to that. So I try to do pieces that speak to what’s going on in society, through art.

Three of your biggest influences in writing: Ernest Hemingway, my first publisher Charlie Ryan, and a professor I had in college who really encouraged me to go for it and not think about boundaries.

In a sentence or two, what do you think of today’s political climate: It’s like a circus wrapped inside a car accident that fell down a cliff.

4 of your favorite movies of all time: Citizen Kane, The Godfather Part I and II, Embrace of the Serpent

Best place you’ve ever visited? Worst? Best: Rome. Just beautiful. Every day walking around was wonderful. Worst: Any war zone when the water and the power go out.

And, finally, there is a chapter in Freakonomics called A Roshanda by Any Other Name. It poses the questions: What kind of signal does your name send to the world? Does your name correlate with economic status and education? Sometimes I wonder how much of my life, and your life, would be different if we weren’t Jeff Fleishman. If your name was, I don’t know, Marvin Rump, do you think your life be any different?

You’re Jeff Fleishman, and I’m Jeff Fleishman, born at different times and on different trajectories, but we’re still true to the lives and the names that were given to us, right? So yeah, if we were both Marvin Rump, I wonder what kind of conversation we would be having. It’s an interesting question. I imagine there would be some shade of difference.

I wouldn’t have interviewed you if your name was Marvin Rump. I don’t think anyone would.

One thought on “Jeff Fleishman”