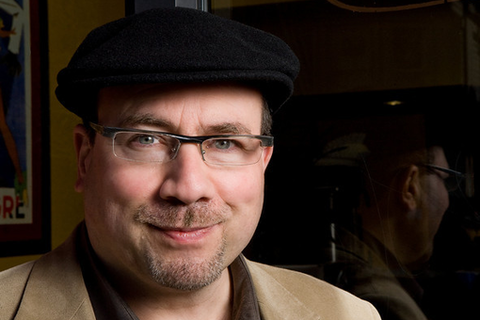 Below is an interview I did with Craig Newmark, founder of craigslist (as it turns out, there is a Craig, and he’s very real).

Before we start, here are 5 things you should know about Craig:

1. Craig is 63 years old, lives in San Francisco, and happily describes himself as a full-blown nerd. In college, he studied computer science, then worked for IBM, GM, Bank of America, and Charles Schwab until the late 1990s when he started craigslist. At the time, he just wanted to post about social events in San Francisco. Then it expanded to other classified categories. Now it’s one of the ten most-visited English language web platforms on the planet.

2. Craig no longer runs the company, but he remains active as a customer service representative. He responds to emails personally and deals with spammers. Seriously!  He also operates Craigconnects, which publicizes charitable organizations. He also tweets a lot – you can follow him here.

3. Craigslist’s main source of revenue is paid job ads in select American cities. They don’t run ads the way most other sites do, so they don’t make much money (or as much as you would expect from a top 10 website). CEO Jim Buckmaster told Wall Street analysts that craigslist has little interest in maximizing profit, and instead prefers to help users find cars, apartments, jobs and dates.

4. Craig is, uh, a socially awkward guy. I guess we’re all awkward in our own special ways, but Craig has written and talked about it publicly. In 2009, he wrote: Whenever I hear the symptoms associated with Asperger’s, they feel uncomfortably familiar. In my case, let’s say my capacity for social behavior is a bit limited, and it’s a good thing my work is mostly in front of a screen.

5. And perhaps because of that, he gives famously short answers. Read any interview, and you’ll see that his responses are rarely more than a sentence or two. This one is no different.

And with that – Craig Newmark, welcome to the blog.

Craig, you’ve said before that you built craigslist “with no vision whatsoever.” You never had a business plan, never had a grand vision for the company, and yet it has turned into one of the most significant and widely-used sites on the web. How did this happen?

– I listened to the community continuously
– I added functionality that people wanted and needed
– Kept it simple, resisting the urge to fix what wasn’t broken
– Remained true to community vision, minimally monetized, didn’t sell out
– Turned over management to Jim, when I realized I suck as a manager

Jim continues on this tradition, since 2000.

No real challenge, since it didn’t occur to me that I was starting anything other than a hobby.

You’re famously modest – or as you say it, realistic. You’ve described craigslist as a community service. You don’t advertise on the site – you’ve never ‘sold out’, so you don’t generate the type of money that other top websites do. It’s such a unique and admirable approach – other than Wikipedia, I can’t think of another top website that operates like that. You don’t focus on growth, so much as you focus on keeping a good thing going. Where did this approach come from, and why is it so important to you?

Fundamentally, this arose from values drummed into me in Sunday School:

Also including a sense of commitment.

Where do you get your news? And given that there are so many media sources, how do you find ‘the good stuff’?

I was perusing your Twitter (you tweet a lot), and it’s clear that you are very passionate about politics. There is so much about this election that makes me want to crawl into a hole, but the main issue I have is that there seems to be a complete disregard for facts. I’m talking about Trump, specifically. Anyway, part of me views this election with complete and utter shock at who we’ve become as a people. But part of me also wants to believe that the majority of us are good and reasonable and intelligent and in the end things will be fine. What do you think?

I think there are far more honest people of good will than people whose way of looking at things is “truthiness.”

You’ve written openly about how you can identify with Asperger’s. Whenever I hear the symptoms associated with Asperger’s, they feel uncomfortably familiar. You’ve also said that your capacity for social behavior is a bit limited. How do you feel about this today? Is it something you think about?

As an old-school nerd, I have little instinct for social norms or convention.

Nowadays, I can simulate social skills, maybe as long as ninety minutes at a time.

You’ve done a number of public appearances – interviews on TV, podcasts, a TED talk. Do you enjoy talking about yourself and your company? Do you hate it? Is it nerve-wracking? Exciting? Scary? Awesome? Unnatural? Diarrhea-inducing? All the above?

I like talking about the stuff I believe in, because that helps promote the people who are effective in such areas, and because I’m proud of what I’ve accomplished.

Fun to do, particularly if I feel I’m being funny. (Note to self: I’m not as funny as I think I am.)

Do you watch sports? I’m a nerd, no sports

Who do you look up to? Jimmy Wales, Linus Torvalds

What is the wallpaper on your phone? Dark gray

Explain your life’s mission in 12 words? “The arc of the moral universe is long, but it bends toward justice.”

And finally, I don’t know if you’ve noticed this, but some people like to brag about how little sleep they get. I find this abhorrent. Sleep is good, and I like to get a lot of it. In a few sentences, please describe your thoughts on sleep.

I don’t sleep as soundly as I should. Might need to ask Arianna.